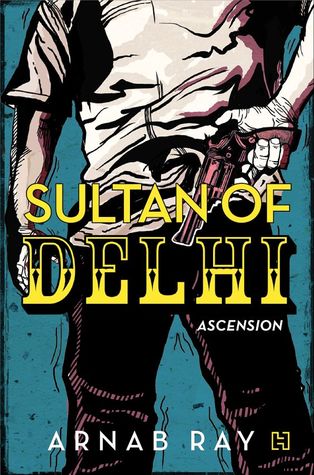 When a path is forged in blood, it is hard to find peace.

The son of a penniless refugee from Lahore, Arjun Bhatia has worked his way up from being an arms smuggler in the badlands of Uttar Pradesh to the most influential power-broker in Delhi.

But when the shadows of the past – of a friend he has lost forever and of a woman he can never be with – finally catch up to him, Arjun finds himself fighting the biggest battle of his life. For at stake is not just his iron hold over the government, but something even greater – his family…and his soul.

Spanning five decades and two generations, Sultan of Delhi: Ascension is an explosive saga of ambition, greed, love and passion.

Arnab Ray’s Sultan of Delhi is a desi godfather-style thriller.

‘Sultan of Delhi: Ascension’ shakes up the genre effectively…

This sense of the past constantly informing, pursuing and corrupting the present runs through Sultan of Delhi too – so that even when you reach the end, set in a world of drug dens, fast cars, decadent parties and “thump-thump-thump music”, you don’t lose sight of the little boy at the railway station during the 1947 riots, waiting for a train that could either become a coffin or take him across the border to a future of multiple possibilities.

Sultan of Delhi: Ascension is captivating, not for an intelligent plot that spans over two generations, but for its treatment of the hero.