So I have been doing a five-day workshop on entrepreneurship at the Smith School and as part of that, they taught us this thing called the Business Model Canvas to outline, concisely, the basics of a business model. In order to understand the concept, I made one for “Any Indian Political Party”. This is of course a work in progress, just like our political parties. [PLEASE CLICK ON THE PICTURE TO READ THE TEXT] 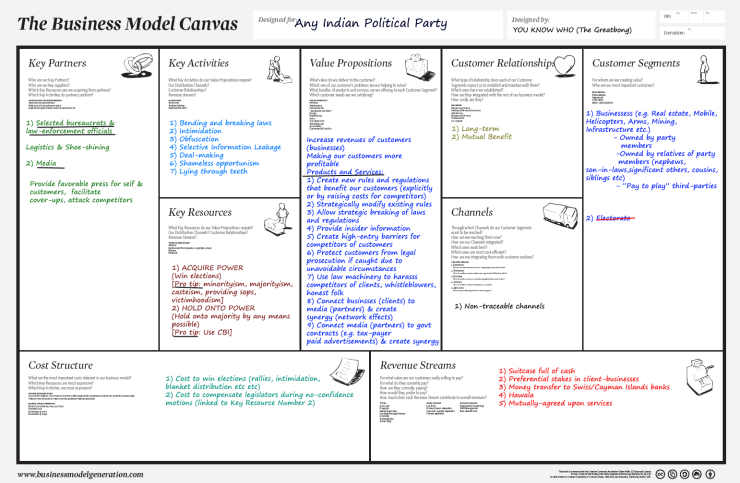 9 thoughts on “Business Model For “Any Indian Political Party””