[This is a work of fiction. Resemblance to anyone alive or dead is purely coincidental] 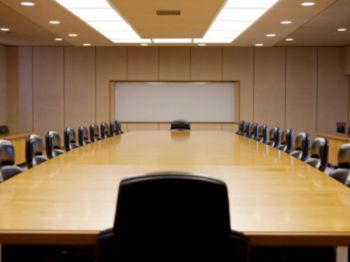 Danguli leans back into the comfortable board-room chair. “For coach, I am going with Anil Bumble. Great slide deck, nice bar graphs, professionally formatted strategy document, vision plans, effort tracking tools, and, what can I say, he has a good brain for “Anil-atics”.” Danguli allows himself a sideways grin, “Kya PJ mara yaar”.

“Last time you looked at a bunch of fancy graphics on screen and got so excited, we got Chappall”. WWF Laxman says, adjusting his hair.

“There is a difference.”

“No”, says Danguli with a smug grin, ” This time I am not playing.”

Laxman leans forward. “I still think we should go with Bom Moody”.

“No no”, Danguli shakes his head animatedly, “One Modi in Delhi is enough. No need for another.”

“See I have worked with him at SunSet Hyderabad. I mean it’s not an easy team to coach. In batting, Sunset Hyderabad are like David Warmer and the Mohun Begun Second Eleven. If it had not been for Prashant Sharma, we would have won the title earlier, see even the greatest captain India ever had can’t go better than bottom of table with him. Now imagine how good…”

“No I said no. I see him and I remember Chappall. Australian too and that chap was also always so moody.”

WWF Laxman looks to his side and said ” Eh Bhagwandulkar, what do you think?”

Bhagwandulkar is absent-mindedly doing something on his phone. “Think about what?”

Danguli slaps the table with his palm lightly “Are you not paying any attention to what’s going on here? You think this is Rajya Sabha?”

“No no”, Bhagwandulkar shakes his shoulders shyly, “Was just trying to understand how Snapchat filters work. You are saying…”

Just then someone knocks on the door. Danguli gets up and opens it to find a person standing there.

“Myself Venkatesh Pasand. I am here for interview.”

“Interview?” Danguli scratches his head, ” I dont think you were shortlisted for this stage.”

Venkatesh Pasand looks at him vacantly, “Shortlist? When did that happen?”

“Oh you are so slow,” Danguli says exasperatedly, “We initially had a longlist and then we made it to a shortlist.” Seeing a letter in Pasand’s hand he grabs at it and reads through it.

And right then, a confident gentleman brushes past Pasand and enters the board-room. He is carrying a ream of papers, and a laptop.

“Hello, I am Randeep Patil.” The new arrival says in a deep baritone , “I am here for head coach interview”.

He shakes his head. “Nope, don’t do computers. Too old for that.”

“Then what’s that laptop for?” WWF asks.

WWF points to the IBM Thinkpad Randeep Patil has in his hand. “That”

“Oh this is just my paperweight. So that my CV does not fly away in a Randy Storm.” Randeep Patil hands Danguli the sheaf of papers.

Danguli flips through the pages nonchalantly, “Bollywood films.,, I see,” and then he says “There is nothing here I can use, just pages and pages of your scores. I mean this is like Bhagwandulkar’s authorized biography, just paraphrasing of scorecards, how does it help me?”

“Oh”, says Randeep Patil, adjusting his Aviators, “for you I have this.” He hands Danguli a few envelopes.

“Recommendations. From Bibroto Roy and even…” He pauses for effect “Debashree Roy”

“Sit down” says Danguli, pensively, “I am afraid we can’t do anything without a Powerpoint”

“I used to field at point and I used to wear Power shoes. Both in the 80s. If that helps.”

Danguli sighs and says “You need to do better than that.”

WWF looks at Danguli poisonously. “No”

“All right, in World Cup 2003, I was the coach for a minnow side. They made 225. Then when India started chasing, the minnow medium pacers started seaming the ball around. India was 3 for 25. Danguli, if you remember, you were not having a good World Cup…scoring runs only against minnows”

“So then when you came into bat, I told my minnows to bring in spin. Spin and slow medium pace. I told them that Danguli has fast bowlers for lunch, but his Achilles Heel so as to say was slow bowling, specially spin bowling. And so…if you remember….you made a century….and…”

WWF says, “Is that what you call good strategy? You told them the exact opposite of what…..”

Danguli gestures to WWF to stop talking. “Hmmm” He says looking through the voluminous CV, “I get what you are saying. Your coaching skills may be in doubt, but not your commitment to Team India.

“What? Who is that?” Danguli asks, and right then, on the large screen TV comes up an image of Kavi Shastri. He is in speedos, lying on a deck chair, with a large colorful cocktail in hand. On coming onto the screen, he yells “Are you ready?”

Danguli is shocked to see Kavi Shastri like this. “Where are you? Were you not supposed to be interviewing with us?”

“I am now in Bangkok. Because that’s what the doctor ordered.”

“And you had to go to Bangkok. “Danguli says slowly, “Now?”

“Something’s gotta give Danguli. I thought, why not interview from here and after that, I will let loose my cat among these pigeons.’

“I would have thought” Danguli says, “that this interview would be more important to you than some time in the sand.”

“Thigh thapa thigh thapa ke Thai. You know what they say about Thailand and Bangkok. Its the land of…”

“Yes Yes I have heard that PJ before. In college.” Danguli says with a mock yawn. “So I am guessing you have no Powerpoints or mission statements or. laptop…”

“I do have a flash drive and I can flash and flash hard.”

“No thank you”, Danguli says, “No need for you to flash. So, why do you think you should get the job?”

“I have been thinking, and I don’t know maybe it’s because of where I am, is that India lacks good hookers. And pullers too. I will start there. Make Indians better against the shorter ball.”

“And you think that is the biggest problem India has?” Danguli asks.

“Definitely. Look at Suresh Rona. Can’t play the short ball. Can’t blame him, he has this other senior in the side he brings up every time we had this discussion. Like him, he was left-handed. Like him, he would hop around every time the ball rose chest-high. You wouldn’t happen to know who I am talking about, would you Danguli?”

WWF smirks in his seat. Bhagwandulkar keeps playing on the phone.

“See that’s the problem. All these years, you can’t even pronounce three words in Bangla and yet you insist on saying them. Again and again. You lack preparation. You lack ability. You lack class. Your commentary is like your cricket, repetitive and limited. And …”

Kavi Shastri laughs out loud and slaps his Thais on the thighs. Then he starts singing

“Aur ek PJ sun. What gaali if you give Danguli he gets really angry? Bokachoda-non. ”

Danguli takes a deep breath, and gets up from his chair.

“Arre what are you doing?” Kavi Shastri says, “Complete the interview no?”

Danguli takes a step out, and then another, and says “Just practicing the art of leaving.”

“What about my job? At the end of the day, Kavi Shastri is the winner. Always. Hard luck to Bumble but I have the experience, I have the captain’s trust, I have the Pawar… ”

Danguli shrugs. “You should have showed a bit more seriousness about this interview.”

“Why should I? I have the Board in my pocket. What can you do?”

Danguli smiles, shakes his head, and says, “Only what I have done to every left-handed slow spin bowler for the last twenty years.”

15 thoughts on “The Interview”