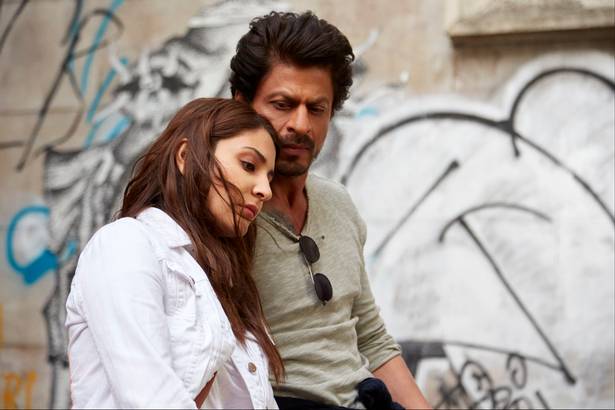 A few posts ago, I had done the jurrat of putting Imtiaz Ali in the same group of directors as Karan Johar only to be sternly rebuked by an auteur commentator, with a passion for cinema, who opined that the moment I clubbed Imtiaz Ali with Karan Johar, I had displayed my lack of knowledge of cinema.

I agree. I now stand corrected.

Imtiaz Ali is in a class of his own.

“When Harry Met Sejal”, his latest film, is a masterpiece.

On one hand, it has all the Imtiazian motifs that the refined audience love, which in the hands of a less awesome director would be called cliches.

The philanderer who carnally pursues women to fill the emptiness in his heart. The freewheeling bubbly female whose sole reason for existence is to fill the aforementioned hole. Two and a half hours of sarson da saag and chak de phatte and European locales and music till finally the rudderless man finds himself into the safe confines of monogamy.

But, and here it is where it reaches another level, this film is a beautiful, heartfelt tribute to late-career Dev Anand films.

The hero, Harry (the similarity to Hari Mohan from Swami Dada is not an accident) is a guide. Yes a Guide. The fact that he is being played by Shahrukh Khan, whose romantic salad days dried out decades ago, is also not a co-incidence, solidifying as it does the connect between late-career Dev Anand and the hero in the movie. Just like Dev Anand in his later movies, Harry is irresistible to women, European Caucasian women, young women, who swoon the moment he passes, and Shahrukh Khan plays him as Dev Anand too, bringing out his stock expressions and romantic ticks from the time that L K Advani had a future.

Sejal, played with a cute Amit Shah accent, by Anushka Sharma, is looking for an engagement ring. Apparently Sauron forged, in the fires of,…sorry wrong film….but, any ways, that ring is so important that she gets down from her plane, and forces the Guide to tag along with her across Europe to find it. Why does the guide tag along, despite apparently not wanting to and despite not feeling any carnal attraction for the lady? How much does the tour guide, otherwise so concerned about his employment, make to drive a convertible? Why does Sejal want a man who claims to be a “characterless” person to accompany her, and why does she offer to draft an indemnification bond should they sleep together? Why does she want Harry to regard her as sexually attractive? Why does she do a pole dance for him? Why did Dev Anand compose a rap song about peanuts? Why is there a film in a film in Dev Anand’s Censor ? Why is Cindy Crawford playing Dev Anand’s mother in Awwal Number? How did Dev Anand cane an Al Qaeda terrorist into confessing his sins?

What Imtiaz Ali is saying, “Don’t ask questions about characters, plot and motivation”, just enjoy the ride. Like you did in Love at Times Square.

Shahrukh Khan gives it his all, using his bit-more-than-a-stubble-bit-less-than-a-beard like Rishi Kapoor used his sweater, the best protection against the ravages of time. Anushka Sharma is bubbly enough to give Priety Zinta a complex, but the star of the show is the long-haired director, whose genius I have struggled to understand over the years, but now slowly am coming around to acknowledge.

The only fear I have is the Indian audience might not appreciate how visionary “Harry Met Sejal” is, in the way they did not understand “Mr. Prime Minister” and “Gangster”, and some of the early reviews confirm my apprehension.

Final verdict. Yet another film I would strongly recommend to those who do not buy my books.