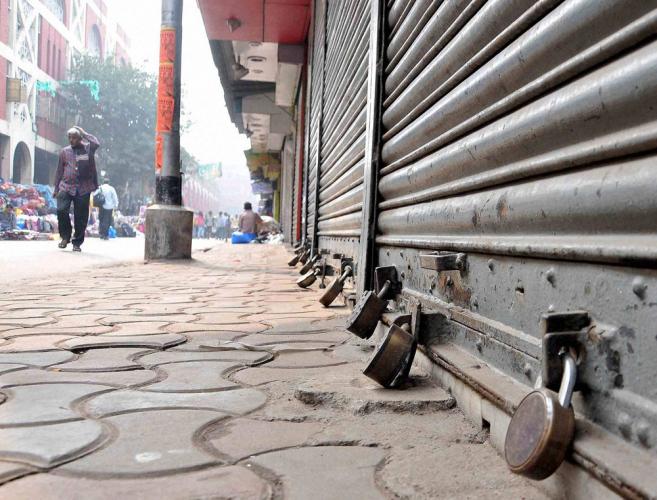 Some time after Mamata Banerjee became the Chief Minister of Bengal, she announced that there would be no more Bandhs in Bengal. Bandhs, we were told, were terrible losses for the state exchequer and no one was henceforth allowed to do them . Now critics of her (and I hope a bridge breaks on their head) said that now that the shoe was on the other foot, she was opposing the exact same thing that she had built her career on, the formidable Didi being to bandhs what Steffi Graf was to the forehand, while her supporters, aka “rent-an-intellectual” posited a counter-narrative, namely that she had evolved, that one can’t fault one for realizing the error of one’s ways, no matter how inappropriate the timing seemed otherwise.

And with that the history of the Bangla Bandh came to an end, yet another thing the new generation will never experience, like Suchitra Mitra singing live and ginormous rajbhogs priced at Re 1.

The expectation would start from the day the Bandh would be announced, either in the papers and in those days of single-channel TV, in a short 10 second clip of a press conference, of either a seasoned Communist like Biman Bose, his face fixed in the grimace of a man struggling with flatulence after eating too many oily papads, or the perennially outraged Didi. No one really knew why a Bandh was being called, it was usually rising prices, anti-people policies at the Center, computerization of government offices, craven capitulation to World Bank, and no one cared, as long as it was on a Monday or Friday and it was not during peak Pujo shopping season.

The key to enjoying a bandh, like sex, is in preparation. Seasoned bandh-upadhayas shopped a day or so early, the later you got, the more you were price-gouged. For us gamers, it was imperative to pool together money and buy 5 rubber or “cambees” balls for cricket on the morrow because you would be out of luck on the day of the bandh. If you had a VCP at home, or your dad worked in “private company” and you had a VCR, you would be scrambling to the video library.

There would be a zombie apocalypse there. First of all, you couldnt rent English movies because parents would be home.So Sea of Love and Bedroom Eyes and My Teacher’s Wife would be out of bounds. The rush would be for Hindi and Bengali titles.

“Do you have Benaam Badshah?”
“Sorry that’s been taken. Billoo Badshah is checked out too. How about Betaaj Badshah?”
“No thanks. What about Nagina?”
“Sorry the gentleman just walked out with it. Would you like Nigahen? Exact same story, same snakes, and same heroine?”
“Don’t tell me someone took Vishwatma?”
“The print is bad, I am warning you, camera print. Take Tridev, exact same story, we have original.”
“Any Madhuri movie I havent seen and you still have? Kishen Kanhaiya?”
[Superior laugh]: Kishen Kanhaiya? Haha. I have three copies and they are all out. They will all come damaged because people pause that video too many times, head damages the tape, anyways would you like Jamai Raja?”
Lady walks in, looks around and says tiredly “Sashuri is staying over for bandh, do you have something religious? How about that one—Ram Teri Ganga Maili?”
“No ma’m, oshob baaje jinish (It’s bad stuff). My copy of Jai Santoshi Ma is out, else I would have given it, very wholesome. Would you like something in Bangla? Chiranjeet? Prasenjeet? Ranjit Mullick’r action? Sukhen Das’s kanna (tears) maybe?”
“Excuse me sir, I am still waiting to be served.”
“Uff, why do you boys come at the last minute? Didnt you know before there is a Bandh tomorrow? Here take Umrao Jaan, phamily phlim.”

Then the day of the Bandh would arrive. A surprising calm would descend over the city. The party supporting the bandh would go around, checking to see if there were any shops open. Only things allowed were essential services like the ones that sold singara, jilipi, and chop: the official fuel of any proper Bandh. A state bus would be burned, as an offering to the Bandh gods.

With the roads free of traffic, cricket would start early. Somewhere around late mornings, relatives who lived within walking distance would saunter over, and conversations would start with “Ki Jyoti Babu ki kocche?” (What is Jyoti Babu doing) before converging to the usual things: the invasion of Marwaris and vegetarians, whose mother-in-law has been using the bed-pan, which uncle’s paykhana chara chara hocche (i.e. which uncle’s stool has the consistency of clouds), and the rising cost of fish and math tuition. Lunch would be a relaxed affair, usually taken late, followed by the highlight of the day, the video, and a late late afternoon nap if you were older or another round of cricket if you were not. With the city quieter than usual, the screechy closed-eyes head-swaying, harmonium-fidgeting Rabindransangeet singing of Bunti-di from next door would blare out louder and more oppressive, “ooooh rajanigandha tumi gondo sudha dhaalo, chaander haanshi baandh bhengecheeeeeee…” Oily Chanachur would signify the end of the day, and then in the evening news, one party would declare the bandh a failure and congratulate the people for rejecting it, while another party would declare the bandh a success and congratulate the people for spontaneously participating in it. Which meant you were congratulated twice for wasting a day in your life, which I found absolutely perfect.

And then as you rolled into bed after a long day of doing nothing, you would close your eyes and pray for the next Bandh, knowing that the politicians would oblige, they absolutely would.

I miss Bangla Bandhs. I miss them because nowadays no one seems to enjoy politics any more. They fight on social media, on Whatsapp groups, they unfriend, they screenshot, they send articles from the Wire. But it was not always like this. There was a time when politics brought us closer, and there was no better example of this than the Bandh. We visited each other’s homes, we drank tea and had biscuits, we played cricket together, and it didnt matter whether you wanted a Ram mandir or a statue of Marx or whether you prefered Raaj Kumar over Nana Patekar in Tirangaa, as long as we could bond over the things that really mattered: urinary tract infections, the black market in “gas cylinders”, outrage over baraatis being served tepid coffee and chicken necks in Nimai-da’s wedding, and Kapil Dev being dropped from the Eden Test.

I miss all that.

12 thoughts on “An Ode To the Bangla Bandh”