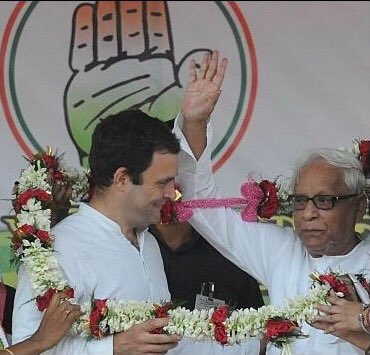 If, like me, you have sat through hours of Bengali marriage videos of others (mostly uncles and aunts), you would be more than aware of the song that always plays in the background: “Laaje ranga holo kone bou go, Aaj mala bodol hobe e raate” (The new wife has gone red with shyness, Tonight the garlands will be exchanged). And if there is any picture for which that song is appropriate, it is this. Politics, they say, make strange bedfellows, and stranger still, is when they have pictures taken like the one above. The alliance between Congress and the CPM is one that is at the same time bizzarre, given their history in Bengal politics, as well as irrelevant, given that Mamata Banerjee will win. If there is any tragedy here it is that of Buddhadeb, arguably the best Chief Minister of Bengal after Bidhan Roy, being brought out of his political crypt and being made to “marry”, like some Kuleen Brahmin senile of a century ago, a man-child, perennially in his political training pants. 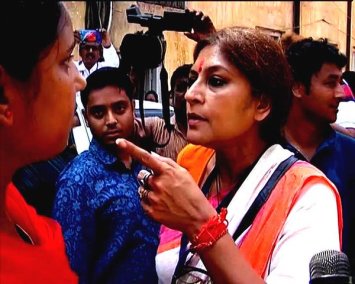 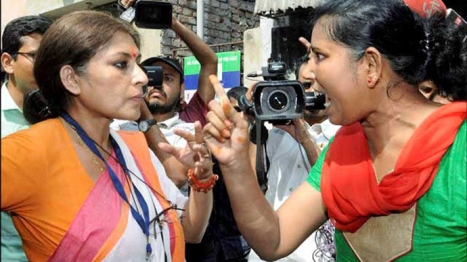 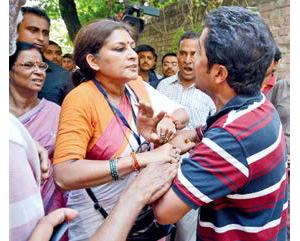 For Bengali men of our generation, the second greatest Ganguly was Rupa Ganguly. (And I am not considering Kishore Kumar here) The rest of India may know her as the lady who played Draupadi in the original Mahabharata TV series or walked away after having the lie-detector buzz on her in “Sach Ka Samna” or starred in some T-series produced movies, but we have always seen her as God’s attempt to compensate us for allowing thirty-five years of CPM rule. Originally from CPM, she has now, like virtually everything in the state, been flipped, and is now BJP’s new face, and thank God for that, because we have had enough of poor man’s Kumar Sanu aka Babul Supriyo being the sole celebrity of the party. But to see her like this, breathing fire and brimstone, a far cry from “Amare dhoro kyan kolosh dhoro” from Padma Nadeer Majhi and Antarmahal, is sadly discordant, like Virat Kohli reciting a Tagore poem. A new Didi might be in the making here, because this was Didi twenty years ago, and the possibility fills me with dread. 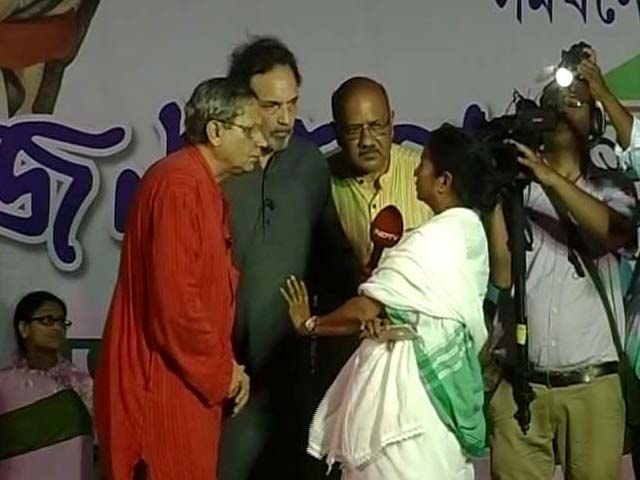 Like the Australian cricket team of the 2000s, Didi will win, the only question is by how much. And she will do it despite “conshpeeracies” and “popaganda” and “bhandata” by Maoists, communal forces, those who claim to be raped (as she had declared the Park Street rape as a “sajano ghotona” [a set-up]), laws of Physics, and ABP. Because she has Ma Sharada on her side, and the moral highground of secularism. And as shown in the picture, even the high priests of secularism are awestruck, in a “Bhala uski kameez meri kameez se secular kaise”, crowding around her like scientists around a rare ore discovered from the bowels of the earth. If there is any tragedy here, it is that the quantum of cash used to *allegedly* bribe TMC party bigwigs (of course it is not true, it is a conspiracy by video technology) in the Narada sting, a measly five lacs, speaking volumes of the amount of money that is considered significant in Bengal. In Andhra or Maharashtra or Gujarat, even the guard at the door won’t stand back for five lacs.

For me though, amidst the inevitability of a Bengal election, the most interesting thing was the schism of the Bengali Buddhhijibis. Once united behind Didi against Nandiram, the rainbow coalition has split into two, in a kind of Marvel Civil War way–those who are satisfied with what has been handed out to them and those that are not. One went to meet the Chief Election Commissioner to protest against TMC’s strong-arm and then immediately, TMC mobilized another bunch to go to the CEC and pooh-pooh the other bunch, with Abhirup Sarkar, loyal FAN to the government, actually saying that “the kind of violence we have seen in the elections so far is really like school kids having a fight”.

A three-and-a-half-year-old child has emerged as the face of political violence that blights Bengal. Her arms and legs bruised, she sobbed: “They came and beat me with lathis (Ora amakey lathi diye merechhe).The toddler, who has not yet started pre-school, represents all that’s wrong with Bengal’s politics, where many politicians -irrespective of their party colour -use violence and intimidation, instead of ideas and ideology, as the route to office.

The child’s family was targeted apparently because her maternal grandfather is a polling agent for CPM candidate Nirjharini Chakraborty, who is challenging TMC heavyweight Mukul Roy’s son Subhranshu. On Sunday evening, with only hours for voting, alleged TMC goons stormed into Barindra Lane of Halisahar -a traditional CPM base -to terrorise residents. Six of them barged into the child’s house and started swinging their lathis.

The child’s mother protested. The goons started beating her up without caring that she was cradling the baby. The child clung to her mother and was injured. “The goons didn’t for a moment bother to think that the child could get hurt. They just went on the rampage,” said Debasree. On the way out, the goons beat up her 16-year-old son and father as well

Exactly. School kids having a fight. 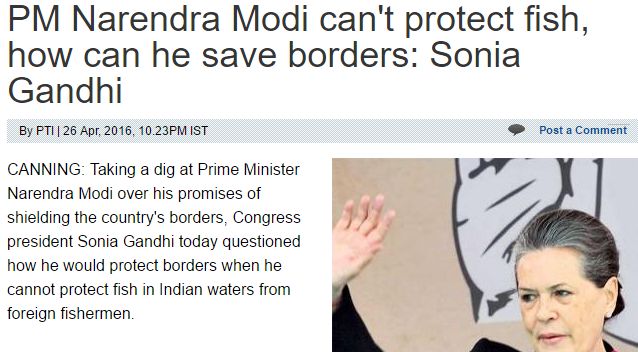 And finally this. From the lady with the second most famous helicopter shot. But good one though. There is nothing that Bengalis get more passionate about than saving fish, so that they can land up on their plates cooked with mustard. But not even this is going to save Bengal for more years, and most likely more decades, of “poriborton”.

14 thoughts on “Scenes from An Election”